Joseph Waruingi – A Brave move on the Sub-Saharan Africa. A Game Changer!

Joseph Waruingi is the founder of Advantech Limited, one of the leading management consultancy firms in Sub Saharan Africa today. One look at the strap line underpinning Advantech and you read “15 Sub Saharan African countries and still counting”. Gigiri Inside Out had to find out what drives a Kenyan company to conquer Sub Saharan Africa and so we set out to find this elusive company with a client base that is unprecedented in its pedigree and scope.

Advantech is located off Wood Avenue Kilimani and when we first met Joseph, the quiet, calm serene office environment instantly struck us. So many people working almost in silence and you are left with this overwhelming sense of people well within their comfort zone, an aura of supreme confidence in a job being done well. Joseph was always destined for greatness- An “A” student throughout his academic years. His determination to focus on securing a position with one of the so-called Big Consultancy firms of the day was set from an early age. Ironically, Joseph’s first engagement with the “big boys” resulted in a decision NOT to follow through with a career in “Audit” and instead, he embarked on a six year Career with PwC as a Management Consultant. With a specialization in IT, Joseph rose to the prestigious title of Associate Director. He smiles as he recalls those early years and indeed fond memories of a time when consultancy companies invested heavily in training of executive management which is what resulted in him working on assignments across the continent.

Indeed, during that time, Joseph became a key decision maker working on behalf of PwC as Strategic consultant across corporate Kenya. He remembers clients fondly and he is the first to describe this phase of his career as the steepest learning curve anyone can undergo. There is not a major corporate client in Kenya that has not benefited in one way or another from Joseph’s input and those initial formative years ensured he became a trusted and respected confidant of an exponentially growing Corporate East Africa. It might all have ended differently and Joseph might well have continued to climb the ranks of PwC but global forces combined to create an environment where the major consultancy firms of the day were “encouraged” by the regulators to appreciate the potential conflict of interest inherent in consultancy firms providing audit services for the same client and so began a process to disengage the two key components of the business- Consultancy and Audit.

Joseph smiles again when he remembers the internal challenges associated with the merger of PwC Consultancy business with IBM. IBM, then a global brand with a historical grounding in the IT sector, took ownership of PwC Global Management Consultancy business and Joseph took a decision that was to shape the next 12 years. Having spent 6 years fine tuning his craft and developing for himself an unequalled reputation across the PwC African client base, he took the decision to “go it alone” and Advantech Limited was born. Joseph tells the story without embellishment but the longer the interview goes on, the more we came to appreciate that there are no coincidences in Joseph’s career. This is a man driven by integrity and a passionate desire to be all he can be; this “A” student from Moi University was always destined to be the leader in his field of expertise and it becomes very clear listening to him that Advantech is a business driven by a passionate belief in a value system honed by decades of interaction with some of corporate giants of their day across sub Saharan Africa.

Gigiri Inside Out tried to drill behind the facade only to discover there was no facade, the outer shell simply reflects the substance behind and Advantech Limited took on the very same value system that defines Joseph Waruingi.

We tried to get into the heart of Advantech and what an awesome story unfolds. Twelve years down the road and you can still get a sense of the passion and personal attention to detail that underpins the market leader in this sector. Joseph is reluctant to talk about the Big 4 status or indeed the Big anything status instead, he quietly confirms that Advantech has no interest in challenging for any perceived “Big $” Status. Advantech has carved out for itself a unique space with the market and when pressed hard, he finally concedes that perhaps there are few if any other companies in the market with the same profile/ scope of work / geographical disposition as Advantech. 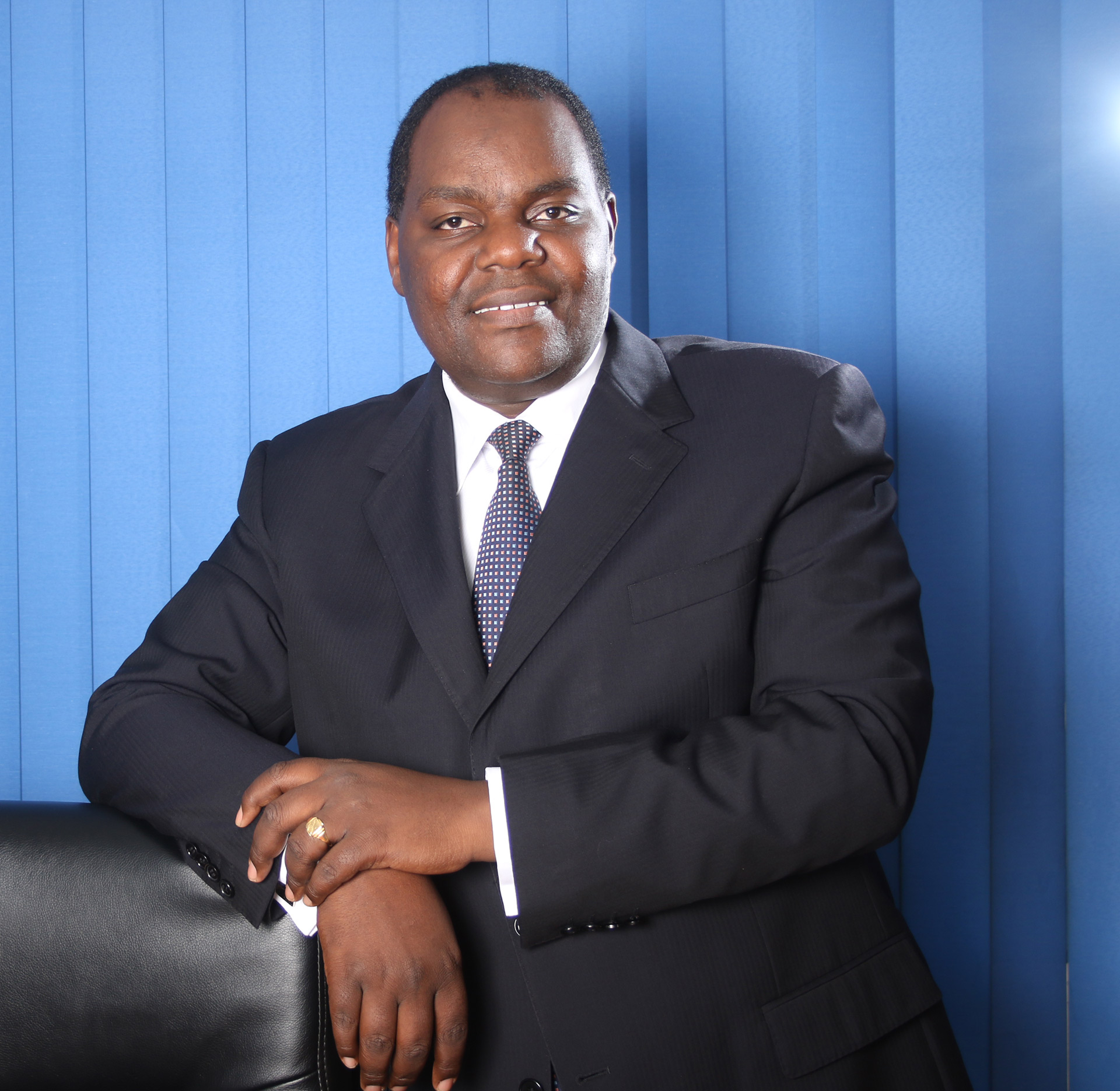 I asked him to give us some indication of the kind of contacts that had helped Advantech create that unique position within the market and while he could not divulge any specific client names or contract details, one was left with a clear understanding that the growth of Advantech was driven by an internal focus on innovation. Of course, when you are in the market and have a personal reputation for excellence across corporate Africa, business comes your way from existing clients and also from personal referrals but the focus on innovation that makes Advantech different is the ability to work on sustainable long term projects driven by Advantech’s ability to develop unique business concepts aligned to the strategic goals of the targeted client base. There was not an iota of arrogance when he was asked to define the kind of contracts that most interested Advantech and while he mentioned a commercial figure below which it may not make sense to engage, there was an equal focus on analyzing the potential strategic benefits of any particular contract before determining the company’s interest in tendering.

Advantech has a client bases stretching across Sub Saharan Africa and a reputation for value addition that is the benchmark by way all Strategic Management Consultancy firms and indeed industry stakeholders measure the contribution of its Management Consultancy support services. It is clear Advantech was no overnight success story, instead, it represents a lifetime of focus and attention to detail, the development of personal relationship across a discerning client base, the industry movers and shakers who define the shape of Corporate Sub Saharan Africa. As in many other fields, the Corporate Brand name takes the glory but behind every strategic success sit management consultancy firms driven by people like Joseph Waruingi who help to fine tune the game plan and guide their client on a journey of self-discovery and full potential. Our interview with “GAME CHANGER” Joseph Waruingi was a journey of discovery in its own right. The integrity of the man is self evident and so too is the focus on family values that come to define the man and the company. Joseph showed us no fancy cert’s, no embellished Company of the Century” awards, no Golden Globes, Trophies or Statues, not even a framed Photo. Instead, sitting centre stage on his perfectly shined desk sat a photo of his beautiful wife and two little boys. This was a defining moment in our quest to understand the drive behind one of the most successful management consultancy firms in Sub Saharan Africa.

We tried to test Joseph’s vision for the future and asked him to expand on his views of the opportunities that lie ahead. We opened an Aladdin’s cave of positive messages for an empowered and inspired Kenya. Joseph told us that the greatest single initiative Kenya could embrace right now was to embark on an unprecedented focus on human capital development. In so doing, we empower educated Kenya and inspire them to take on the journey to full discovery and at the same time play a leadership role in exploring our skills and talent for the betterment of all of sub Sahara Africa.

Joseph, currently studying for his doctorate has a burning desire to see Kenya embrace the latent potential within Kenya to harness those human capital skills as a catalyst for exponential growth across the region. He defined the concept of “IDEA’S AS THE LAST REMAINING FRONTIER FOR THE CREATION OF VALUE.”

This is a man of intense conviction, a student of Business History and Geo Political relevance. A firm believer in the logical transition from employee to employer and thereafter from business owner to investor, the growth quadrant expounded by author and global business / financial guru Robert Kiyosaki, in the famous Rich Dad / Poor Dad series of exposé. Joseph and by default Advantech lived the dream growing from its initial office in the back of Josephs car to its current status as the premier privately owned management consultancy firm across Sub Saharan Africa.

You leave Advantech inspired and empowered realizing here is a giant of a man who has built a giant of a company from the ground up and done so with the most basic of tools; personal integrity, attention to detail and an unequalled focus on building a consistent pipeline of strategic business opportunities. Joseph was at pains to differentiate between being self-employed and being focused on building a business. The excitement was contagious as he shared his vision for the next 12 years of sustained growth. Advantech is a business poised on the brink of a new frontier and aligned with a region planning strategic infrastructural developments that can only be described as “Dubian” in scale and scope.

Fortune favors the brave and those global companies who take a leadership position in opening up sub Saharan Africa will rely heavily of the unprecedented experience and expertise of industry giants such as Advantech Limited.

Joseph, long may you take the lead in supporting the giant corporate strides that will help shape the future for all who dare to dream of full potential across Sub Saharan Africa.